After eight INCREDIBLE days, we’ve landed our hot air zoom balloon and we just finished our global Jewish journey… but if you any of it or even all of it… please register and we can still send you the recordings valid until December 31st! 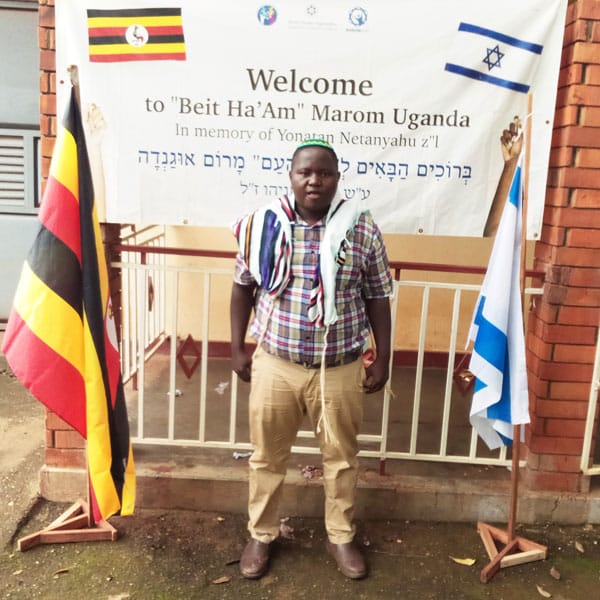 Esau Wanani was born and raised in a Jewish family in Uganda. He is currently the president of the synagogue Marom Uganda founded in 2010 and is the only Jewish community in the country’s capital city of Kampala. Judaism started in Uganda back in 1919 and since then Jewish people have suffered persecutions, killings and banning of Judaism in the country. This got worse in the mid 1970s during the time of Idi Amin who was a very ruthless dictator who never liked the Jews. Due to the humble background of the Jews in Uganda, they consider themselves very welcoming and generous. Chanukah is a very important festival given the great miracle that God showed.  Wanani always refers to the courage of the few Maccabees who never gave up and won the war. 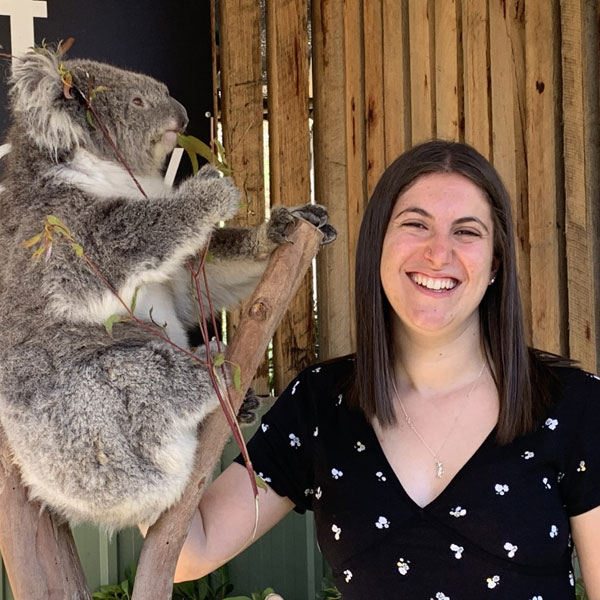 Gabi Newman was born in New Zealand where she spent her childhood, and then moved with her family to Australia. Right now, she is a resident in the Moishe House Barcelona. Throughout her life Gabi has been involved with the small but active Jewish community of Auckland and later on, the much larger community in Melbourne. Australia Jewry have been a part of Australia since the very beginning (not so long ago – 1788) having been in the group of convicts sent from the UK to settle there. One of the most unique things about New Zealand is that three of its prime ministers have been Jewish! We will learn about many things including the countries’ slang phrases to immigration, to politics and even the role of football in the community! Can´t wait to explore the world with you over this Chanukah period!

Mois Gabay was born in İstanbul, Turkey. He’s an active professional tour guide and one of the board members of the The Quincentennial Foundation Museum of Turkish Jews. The first Jewish Museum was founded in 1992, in order to commemorate the 500 years of existence of the Sephardim Jews from the Ottoman Period till the Modern Republic of Turkey. The Jewish Community in Turkey has a long and rich history that stretches back some 2000 years to Roman times when Jews left Jerusalem and dispersed throughout the world. One of the most unique things that we will learn about is the history of the Camondo Family, who were called the “Rothschilds of The East” and their journey from İstanbul to Paris. Looking forward to connecting over Chanukkah with all of you! 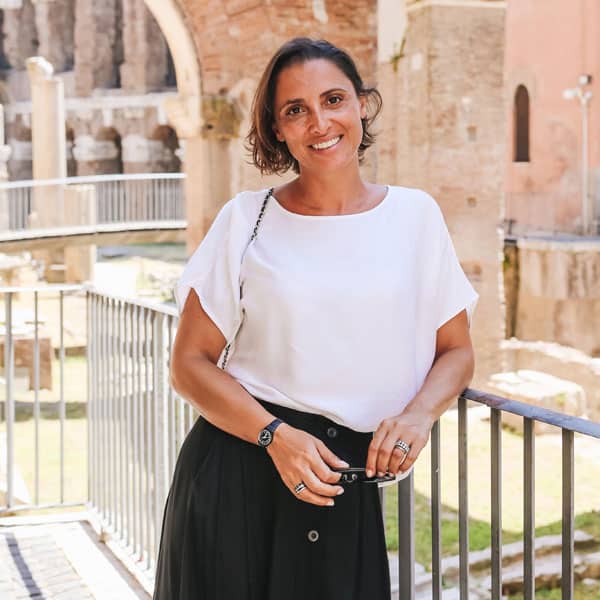 Micaela Pavoncello is a proud member of the Jewish Community of Rome. She was born and raised in Rome to a Jewish Roman father and a Libyan Jewish Sephardic mother. She is married to Angelo with three beautiful sons.
She is a trained Art historian and she founded Jewish Roma Walking Tours in 2003 mixing the passion for her Jewish heritage and the love for Rome, the Eternal city. She has shared the history and traditions of the Jewish community with hundreds of people from all over the world, showing Rome through Jewish eyes. The first Jews came from Jerusalem to Rome on Chanukah to ask protection to the Romans against the Greeks. There is no better time to learn about them! 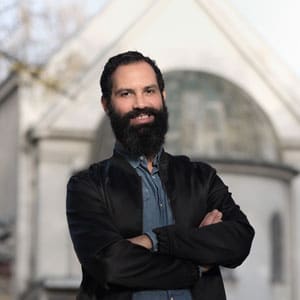 Dekel Peretz was born in Tel-Aviv, grew up in Queens and has been living in Berlin for the past 18 years. Dekel holds a PhD in German-Jewish history and has been a top guide in Berlin, Potsdam, Dresden and the ShUM cities, the cradle of Ashkenazi tradition, for over a decade. He currently spearheads efforts to rebuild the main sanctuary of the Fraenkelufer Synagogue, destroyed by the Nazis, as a community and cultural center. In recent years Berlin has become a Mecca for hip young Jews from all over the world and the Synagogue is located in a neighborhood Dekel calls “New Williamsburg.” This year we will light up Berlin’s first large-scale upcycled Channukia. I will tell you all about it when we meet! 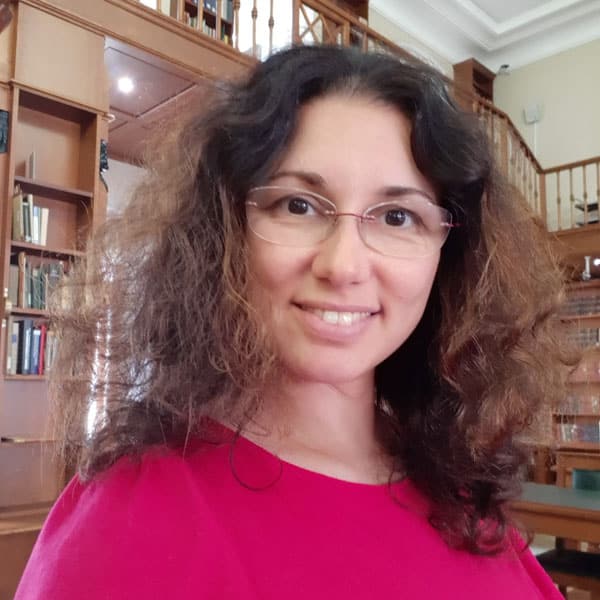 Evgenia Kempinski was born and raised in St. Petersburg by a Jewish family whose ancestors originated from the Pale of Settlement – Poland, Belorussia and Ukraine. She is a professional tour guide and the founder/owner of St. Petersburg Jewish Tours.  As a young girl she went to the first private Jewish school in the USSR located in the Grand Choral Synagogue of St. Petersburg – the second largest in Europe, whose construction dates back to 1893. The community was first established in the early 19th century.
The oldest complete and dated manuscript of the Tanach written in Cairo in 1009 is being kept in the St. Petersburg National Library! Looking forward to celebrating Chanukah together! 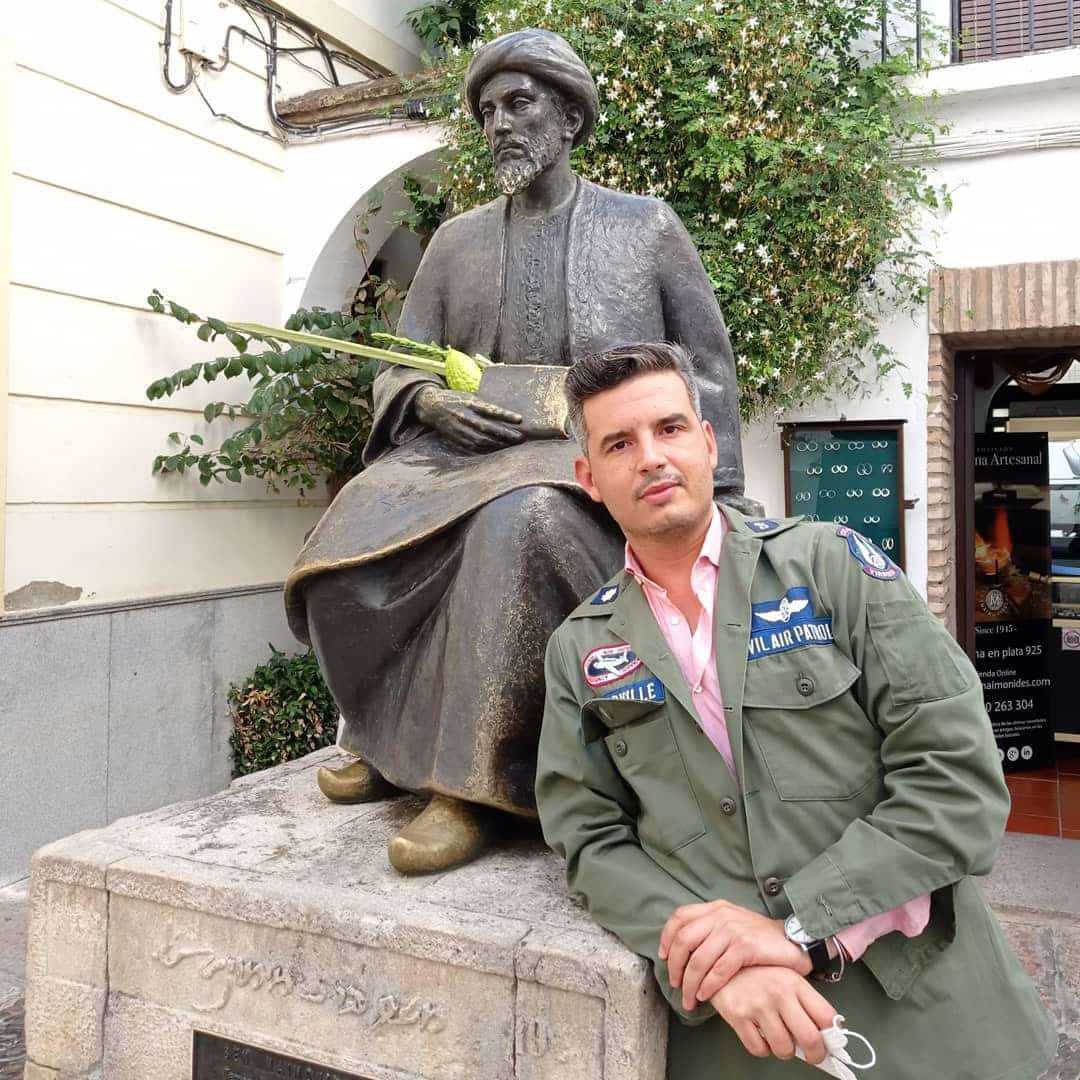 Haim Casas was born in Cordoba in 1981. He is the first Andalusian rabbi since 1492. He currently works as a rabbi in Toulouse and in Andalusia where he leads a few projects devoted to supporting the local Jewish community, welcoming Jewish international students, and teaching Spanish Jewish culture to locals who wish to reconnect to their Jewish roots. He is the director of Makom Sefarad and La Sinagoga Abierta. Cordoba was the most vibrant Jewish community in the world at the turn of the 10th century; it is also the home city of Maimonides. Today, Haim hopes that Spain will once again become a center where Jews and non-Jews can study and learn together and that their differences can be a source of inspiration, and that together they can build a better world. 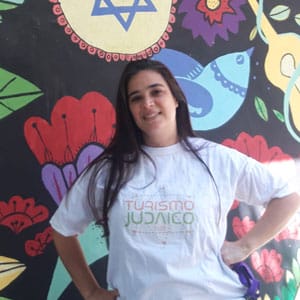 Paola Salem, born and raised in Buenos Aires is a Sephardi Jew and mother of two boys. She is the founder of Turismo Judaico, a project that works to strengthen the Jewish heritage in Latin America.
Argentina has a full gamut of Jewish life from Ultra-orthodox Jews to Reform. There are several JCCs, Jewish day schools, including hundreds of synagogues and is the largest Jewish community in Latin America numbering more than 270,000 members. The Jews mostly came to Argentina in the late 19th Century and early 20th Century, laying the foundations of agricultural colonization and giving rise to the emergence of the mythical figure of the “Jewish Gaucho”, or the “Jewish Cowboy.”
Looking forward to meeting you in Chanukah, where I will present the Jewish highlights around the country.

REGISTER AND GET YOUR RECORDINGS